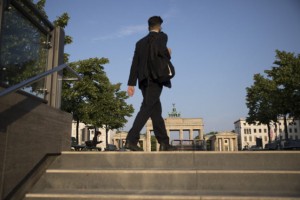 The latest figures from the Robert Koch Institute also compare favorably to the previous day when the incidence stood at 15.5.

The current incidence is the lowest it has been since September 25th last year, when the Robert Koch Institute recorded a seven-day Covid incidence of 13.0.

Last Thursday, the Institute reported that the rate had dropped below 20 for the first time since October 2020. On June 16th last year, the national incidence was 2.6, and remained at the same low level for a number of weeks.
Meanwhile, 1,455 new Covid-19 infections were reported within a day - a significant drop in comparison with the previous week, when 3,254 new infections had been recorded.

Writing on Twitter, Welt journalist Olaf Gersemann celebrated the fact that the strong downward trend in the infection rates had continued since the middle of
The number of Covid deaths, however, has increased on the previous week: up to 137, from 107.

Since the start of the pandemic, more than 90,000 people have died in Germany after being diagnosed with Covid-19.

While the incidence remains in the low-teens nationally, 164 districts around Germany are now classed as 'zero-Covid', having reported no new cases over the past seven days on Wednesday.

This represents a slight reduction in the number of 'zero-Covid' districts from Monday, when 211 areas reported no new cases.
The federal state with the highest infection rate was the south-western state of Baden-Württemberg, where 327 people tested positive for the virus. North Rhine-Westphalia, in the west, and Bavaria, recorded the second and third highest number of infections, with 283 and 157 new cases respectively.

At the district level, the highest number of infections - 57 - was reported in Berlin-Neukölln, though this is likely to be because the authorities were unable to transmit any data for the past few days due to technical reasons.

While the fall in infection rates across Germany is positive news for the German government, the highly infectious Delta-variant, which originated in India and has recently been spreading fast in the United Kingdom, continues to cause concern.
At the start of June, an entire student accommodation block in Dresden was forced to quarantine after an outbreak of the Delta variant, and since then three more educational establishments in the city have seen outbreaks.

On Tuesday afternoon, Dresden city authorities reported that a nursery school, primary school and secondary school had seen a number of children test positive for the Delta variant of Covid-19.