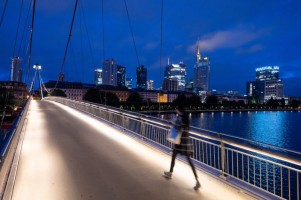 Young bankers are in great demand with investment banks in the USA and Germany.
This is also reflected in the starting salary. Some of the big money houses have now increased this.
Analysts can expect up to 85,000 euros in the first year after graduation. This also increases the gap to the salaries of graduates in other areas, as the "Handelsblatt" reports.

At the US bank Morgan Stanley, the starting salary was increased by almost 15,000 US dollars to the equivalent of 85,000 euros this month, as reported by Bloomberg News. In the second year even 90,000 euros beckon, it is said. German employees should also benefit from the salary increase. The news agency also reports that JP Morgan Chase and Citigroup are also raising their entry-level salaries. However, the banks did not publicly disclose the pay increases.

Bankers report high stress on the job
The salary increases, however, did not come out of the blue. The workload is repeatedly criticized in the industry. Many bankers report heavy workloads. In March, an informal survey of 13 investment analysts - all freshmen at Goldman Sachs - made the rounds on social media. The junior investment bankers stated that they had worked an average of 98 hours a week since the beginning of 2021 and described the working conditions as "inhuman". They painted a relentless picture of burnout, lack of sleep and dwindling mental and physical health. "The math is simple, there are 4 hours a day left for eating, sleeping and hygiene," said one analyst. That had reignited the discussion about working conditions in the industry.

In contrast to the international investment banks, the German Landesbanken are currently not yet influenced by the trend. A spokesman for the Landesbank Baden-Württemberg (LBBW) said that the Landesbanken are based on collective bargaining developments and market wages. The Hypo-Vereinsbank also sees no reason to change the salary model at the moment, reports the "Handelsblatt".